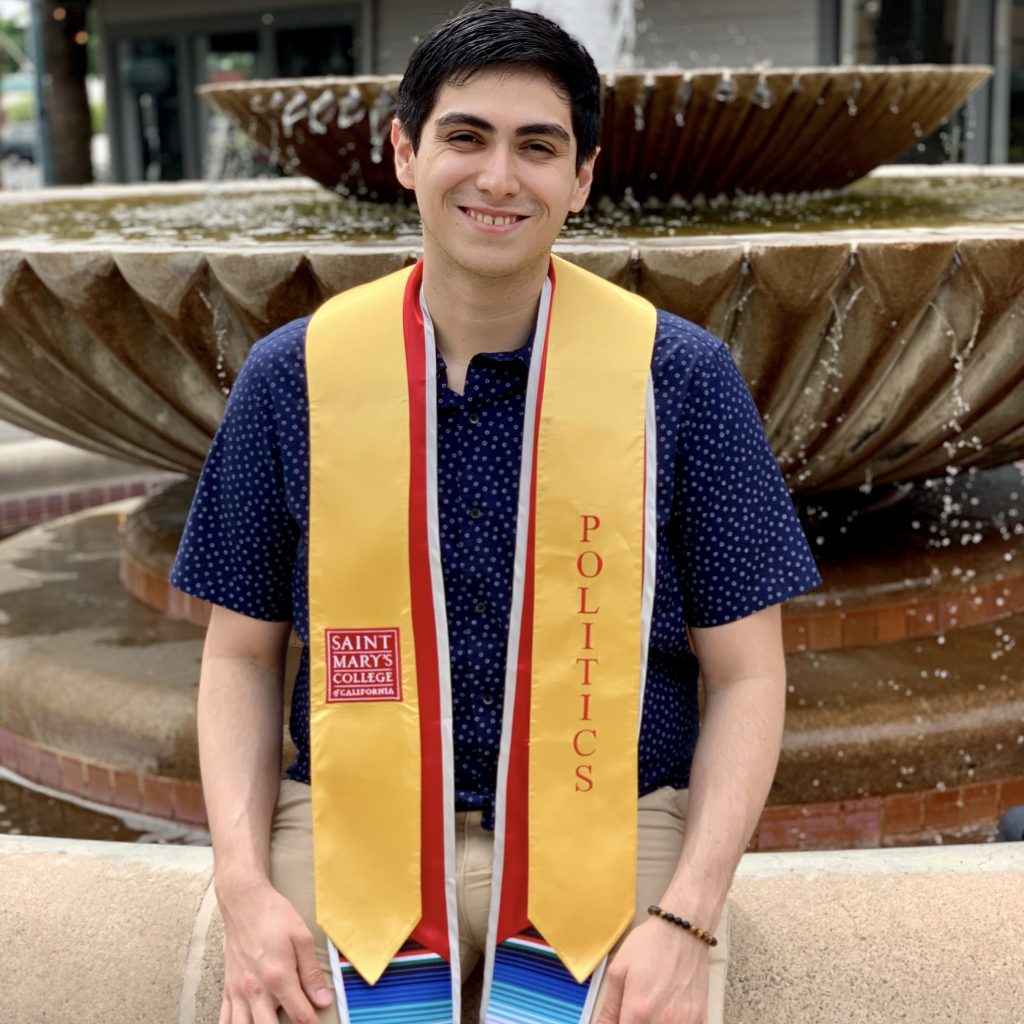 Cesar A. Ledesma is graduating magna cum laude with a BA in Politics. He is incredibly honored to be named the first recipient of the Professor Hisham Ahmed Award. The late professor served as an encouraging figure to all of his students and is greatly missed. Professor Ahmed and the Politics Department as a whole supported Cesar throughout the years, and he remains tremendously grateful for the experience. During his time at Saint Mary's College, Cesar participated in SMC's High Potential Program and CILSA's Public Service Internship Program. From these experiences, he has solidified his goal of pursuing his JD and is currently working with social justice organizations in both Alameda and Contra Costa Counties.

My mom, my brothers, and my girlfriend, Rosanna. They were consistently there for me and supported all of my academic decisions. Without them, I could have not made it this far, and they are the reason why I will continue to thrive. I also owe all of my friends and classmates the credit of constantly challenging me into improving my abilities academically. Special thanks to Sophia!

Hands down, my favorite SMC memory has to be the time a friend of mine confidently went up to the board to solve the 9 Dots Puzzle challenge and drew three straight lines on the board. She misheard the directions and didn’t know they had to interconnect. It's been almost 2 years and I still find it as funny as it was then.

My current goal is to pursue a JD and eventually work in the federal judicial system. I will continue to serve as a Leadership Council Delegate for a non-profit organization in Alameda County and as an academic mentor for underserved middle and high schoolers.

"I learned that courage was not the absence of fear but the triumph over it."